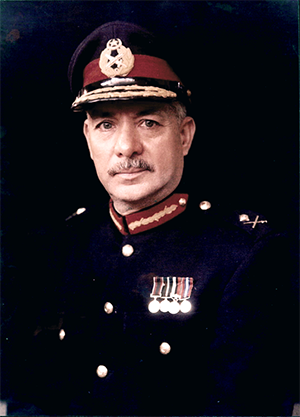 The General Syed Ali Zamin Memorial Scholarship was established in the fall of 2014 by means of a gift from the Zamin family. The scholarship seeks to recognize an undergraduate student employee within a department of the LSU Libraries who demonstrates the same work ethic and love for LSU that made General Zamin so outstanding.  The scholarship is in the amount of $1000. Recipients are selected by the Dean of the LSU Libraries or someone designated by the dean, and awarded in accordance with LSU policies and procedures.

Zamin was a career officer of the Pakistan army beginning in World War II. He fought many battles with courage and success, rising to the rank of lieutenant general. After retirement, he was appointed as a Pakistani ambassador to four countries. Upon his retirement, he moved to Baton Rouge, where began yet another career at LSU Library, where he worked for fourteen years. During his time at the LSU Libraries, General Zamin was known for his commitment to serving a custodian of the collection and for his extraordinary customer service orientation.

Applicants must be currently employed by LSU Libraries and submit an application form including a 500-word essay explaining how they have shown leadership qualities based upon the eligibility requirements listed on the application. Special circumstances may be included in the essay but will not be the determining factor when a decision is made. Contact LSU Libraries HR department for more information.