The Banner-Democrat, a four-page Democratic weekly published in Lake Providence, Louisiana (the seat of East Carroll Parish), was formed in 1892 by the merger of the Carroll Banner and the Carroll Democrat. It was owned and published until 1941 by James Nelson Turner (1859-1943). 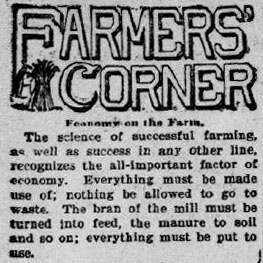 David Llewellyn Morgan (1820-1893) was the paper’s first editor. Born in Swansea, Wales, Morgan began working as a levee contractor in Louisiana around 1850. During the presidential election of 1859-60, he published a campaign newspaper, the True Issue, which supported Constitutional Union Party candidate John Bell, a former Whig who sought to avoid disunion over the issue of slavery. In the mid 1870s, Morgan was the secret editor of James Turner’s True Republican, a “conservative” (i.e., moderate) Republican newspaper formed to oppose George C. Benham, an Ohio carpetbagger and publisher of a Radical Republican newspaper, the Elton Eagle. As editor of the East Carroll Democrat, Morgan was perhaps the most outspoken proponent of the economic development of northeast Louisiana, a role he continued to play as editor of the Banner-Democrat. Upon Morgan’s death, Turner himself served as editor from 1893 to 1899, when he engaged the services of Samuel Blakely Kennedy (1867-1935), formerly of the Carroll Banner. Kennedy remained editor until 1901.

The Banner-Democrat called for moderation in politics, sought to expose vice and corruption in all parties, and promoted a progressive political and social agenda. Civic improvement was a major topic of discussion. Much of Lake Providence was destroyed during the Civil War by vandalism, fires, and unchecked flood waters. It was rebuilt in the late 19th century, but in general the population of East Carroll Parish--a rural, cotton-producing parish located along the Mississippi River fifty miles north of Vicksburg, Mississippi--had fallen into a slow decline. The Banner-Democrat encouraged immigration to the region and advocated construction of roads and railroads. An agricultural column offered practical advice to farmers, while almost every issue carried articles on the construction and improvement of levees, without which the parish’s farms would have been regularly inundated by floodwaters. 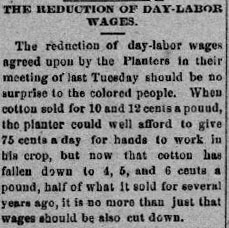 The paper’s front page carried a mix of domestic and international news, brief articles on art, science, and literature, and a mix of fiction and religious material. By about 1900, women’s and children’s columns had appeared. Also of interest are the minutes of the East Carroll police jury (the governing body of the parish) and the proceedings of the Lake Providence town council.

The Banner-Democrat is still in publication as of 2010.