Located fifty miles south of New Orleans, Pointe a la Hache, the seat of Plaquemines Parish, is the southernmost town on the east bank of the Mississippi River. The French established an outpost there in the early 1700s. In the nineteenth century, the majority of the population still claimed French ancestry, but by then many Anglo-Americans and German-Americans had moved into the parish. Nearly two-thirds of Plaquemines Parish is either swamp or sea marsh; the other one-third is located on a partly natural, partly manmade levee along the Mississippi River. The local economy was agricultural in the early twentieth century, the major crops being sugar cane, rice, and citrus fruits. Fishing and oyster canning were also important industries and enjoyed an international market. 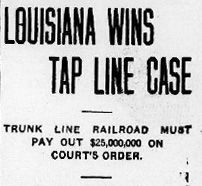 The Lower Coast Gazette, founded in 1909,was published by Frank C. Mevers (1859-1937), the Plaquemines Parish sheriff, and edited by John Dymond (1836-1922). Born in Canada, Dymond established a sugar and cotton brokerage business in New Orleans in 1862. After the Civil War, he purchased two sugar plantations in Plaquemines Parish and became active in agricultural experimentation as well as state politics. When one of his plantations burned in 1907, Dymond moved to New Orleans and entered the newspaper business, publishing numerous journals (including the Louisiana Planter and Sugar Manufacturer) and serving at one point as president of the Louisiana Press Association. For a number of years Dymond also headed the National Editorial Association, an organization founded in New Orleans in 1885 to serve the interests of small-town newspapers throughout the United States.

A four-page weekly, the Lower Coast Gazette was the official organ of the Plaquemines Parish school board and various drainage and levee districts. Reporting focused heavily on agriculture. Of particular interest were efforts to grow figs in Plaquemines Parish and to reinvigorate the local rice industry, which had been in decline for many years. 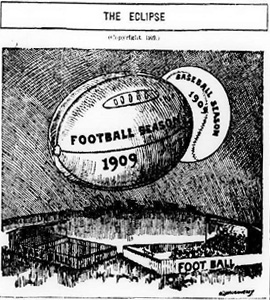 Also of interest are editorials on the use of shells, an abundant local resource, as a substitute for gravel in the construction of roads throughout Louisiana. News briefs from around the state were combined with a local personal notes column and news from nearby towns, including Buras, Empire, Diamond, Bohemian, Pilottown, Venice, Tropical Bend, and Happy Jack. Although the Lower Coast Gazette was an English-language journal, for several months in 1913 it carried a serialized French novel about life in antebellum Louisiana--Alfred Mercier’s L’Habitation Saint-Ybars, ou Maîtres et Esclaves en Louisiane.

No copies of the paper are known to exist from 1915 through 1923. Thus none of its accounts of the 1915 New Orleans Hurricane, one of the most destructive natural disasters in Louisiana’s history, are available. In August 1925, the Lower Coast Gazette was absorbed by the Plaquemines Protector.