The Madison Journal was established in 1845 by John Marble (b. ca. 1822) and Ezra Blake Towne (1821-1883). Nothing is known of Marble except that he was born in Mississippi and was living in Madison Parish by 1850. According to the Journal’s centennial issue, Towne, a northerner, worked at one time for Horace Greeley, founder of the influential New York Tribune. He originally published the Journal in Delta, Louisiana, a village on the west bank of the Mississippi River opposite Vicksburg, Mississippi, and at that time the seat of Madison Parish. Publication appears to have ceased during the Civil War, in which Towne, a planter and slaveowner, served as a Confederate colonel. The paper was reestablished in 1870 in Tallulah, which replaced Delta as the seat of Madison Parish in 1883. By 1880 it had been acquired by H. C. White and was being published under the motto “Equal and Exact Justice to All.”

In 1884, the Journal battled with a rival paper, the Madison Times, in a local election, lost its political patronage, and suspended publication. Jeff B. Snyder and P. W. Hickey revived the paper in 1888. In 1891, it was being published by William F. Marschalk, a descendant of Andrew Marschalk, the first printer in Mississippi Territory. George Spencer served as editor from 1898 to 1920. The paper was purchased in 1912 by Josiah Petit Scott, publisher of the Tensas Gazette. One year later, Scott sold the business to his cousins Percy and William Lyle Rountree, members of a prominent family of north Louisiana newspaper publishers. W. L. Rountree managed the Journal until his death in 1968. It is still in publication as of 2010. 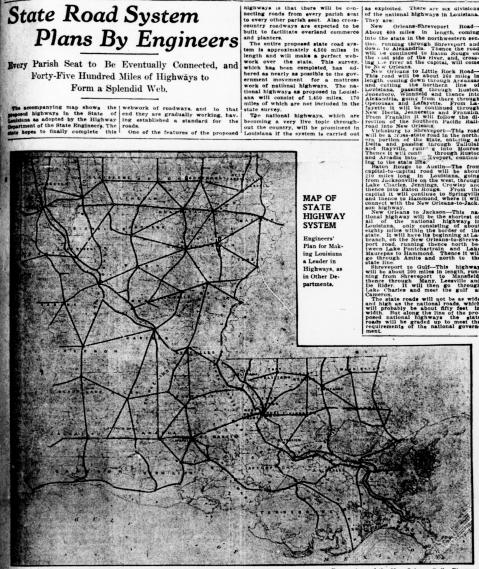 Only scattered issues survive from before 1912. Copies of the Journal from this period were typical of their day, containing a mix of local, national, and international news combined with fiction, poetry, reprints from other newspapers, and advertisements. A farm and garden column is of some interest, as is an article dated April 15, 1889, which announced that women were eligible to vote in a local election. By 1913, when the Rountree brothers acquired the paper, it had grown from a four- to an eight-page weekly. As the official journal of Madison Parish, an agricultural parish with a historically large African American population, the paper contained the minutes of the parish school board and police jury (the equivalent of county councils in other states), as well as the proceedings of the local levee board. Reporting in the 1910s focused on Prohibition and “blue” laws, the control of the Mississippi River, the Good Roads movement, and the effects of the boll weevil blight on the southern cotton crop. Local reporting was expanded around 1916. One of the most attractive features of the Journal in this period was a full-page photographic section, with photos from national and international sources, titled “News of the Week as Caught by the Camera.”