The Rapides Gazette was founded in 1869 in Alexandria, the seat of Rapides Parish, a cotton- and timber-producing parish in central Louisiana. Its founder, George Wescott Southwick (ca. 1814-1870), lived in Missouri, Arkansas, and Texas before settling in Alexandria at the outbreak of the Civil War, throughout which he remained a “Union man.” Published under the motto “Let Us Have Peace,” the Rapides Gazette was initially a Radical Republican organ. 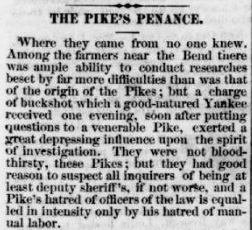 Its second editor, T. G. Compton (1814-1874), appears to have held more moderate views. A Maryland native, Compton came to Alexandria in 1839 to work as a pharmacist. He described himself in a “salutatory” editorial as a “life-long Whig of the old line” and a “conservative [i.e., moderate] Republican” who was “bitterly opposed to secession as long as opposition could be shown.” Indeed, in the late 1850s, Compton had served as assistant editor of Charles Boyce’s Red River American, an anti-secessionist newspaper.

As the official journal of the state of Louisiana, the Rapides Gazette documents the political turmoil of the 1870s. It is a valuable source of information on Reconstruction-era governors, senators, and other officeholders, including Henry Clay Warmoth, William Pitt Kellogg, P. B. S. Pinchback, and James Madison Wells. 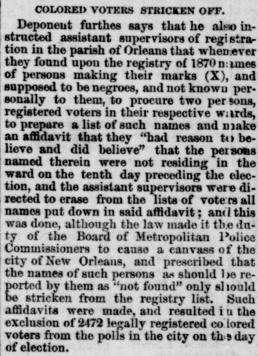 The paper also documents race relations in Louisiana. In the election of 1872, it endorsed Republican Ulysses S. Grant for president, but also reported on the activities of supporters of  Liberal Republican Party candidate Horace Greeley.

Miscellaneous news from around the state was printed in a column titled “Pelican Feathers” (a reference to the Louisiana state bird). Other notable topics reported include the Catholic Church, the construction and maintenance of levees, and Louisiana State Seminary of Learning & Military Academy  (now Louisiana State University), which was located at Pineville, near Alexandria from 1860 to 1869. The Rapides Gazette was the official journal of Rapides, Grant, and Vernon Parishes and carried the minutes of the Rapides Parish police jury (the equivalent of a county council in other states).

Publication continued until at least 1878, when the paper was being edited by Hugh A. Wetmore.