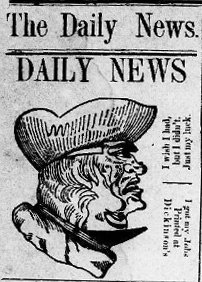 Considered the “second city” of Louisiana until being surpassed in population by Baton Rouge in the late twentieth century, Shreveport was founded on the banks of the Red River in 1836 by steamboat captain Henry Miller Shreve of Pennsylvania. The city quickly became an important cotton shipping center and staging point on the route to Texas. In 1860, its population was approximately 3,500, of which about 1,300 were slaves.

The first issues of the Shreveport Daily News and the Shreveport Weekly News were published in April 1861. Their editor, John Dickinson (b. ca. 1831), was a Brooklyn, New York native and a former manager of the Natchitoches (LA) Chronicle. 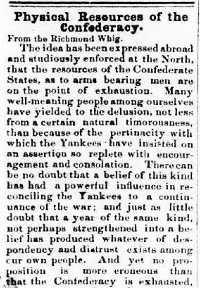 Publishing both a daily and a weekly newspaper soon proved to be too difficult for Dickinson, and in November 1861, he consolidated the papers to form the Shreveport Semi-Weekly News, the title of which changed several times over the next five years. In February 1863, the Shreveport Weekly News was again issued alongside the semiweekly edition, but failed four months later. It was revived for a third time in 1866.

The Civil War was the main subject of Dickinson’s reporting. In addition to news of battles and troop movements, he printed official military correspondence together with his personal opinions on subjects such as abolition and the use of African-American troops. 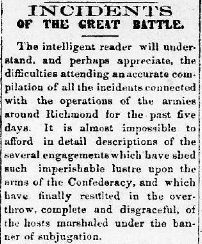 Recognizing Shreveport’s importance as a railroad hub and river shipping center, Dickinson promoted southern industry; many of his papers carried the motto “Home Manufacture.” Reports of the Louisiana state legislature, which fled to Shreveport from Opelousas in 1863, are available, as is information on Shreveport’s brief period as the last capital of the Confederacy following the fall of Richmond in April 1865.

The cultural life of Shreveport during the Civil War was reported in some detail, with announcements of concerts, plays, minstrel shows, and other public entertainments. A “Ladies’ Corner” carried recipes, household tips, and fashion advice. Articles such as “Gov. Morehead’s Experience in a Yankee Prison” and “What the Yankee Soldiers Say and Think” may have been printed to bolster the resistance movement as Union troops advanced up the Red River toward Shreveport. 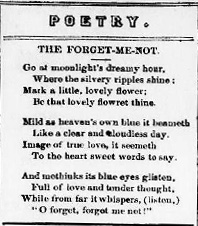 By 1867, the Shreveport Weekly News (described by a New Orleans newspaper as “that lively and flourishing journal”) was being edited by Rev. A. L. Hay (b. ca. 1820), a former Indian missionary and a graduate of Georgetown College in Kentucky. His wife, M. B. Hay (b. ca. 1836), a poet of some distinction, also contributed to the paper’s management. In 1869, it claimed a circulation of 600 in Louisiana, Arkansas, and Texas. Publication appears to have ceased by 1870, by which time the Hays had moved to nearby Marshall, Texas.