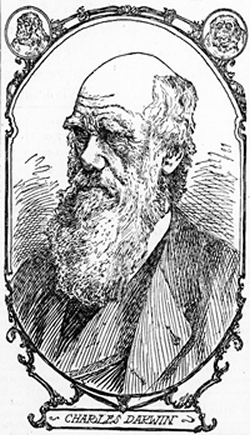 1859 – Charles Darwin's On the Origin of Species by Means of Natural Selection, or the Preservation of Favoured Races in the Struggle of Life was published
1860 – T.H. Huxley coins the term "Darwinism"
1864 – Herbert Spencer coins the phrase "survival of the fittest"
1869 – Charles Darwin adds the phrase "survival of the fittest" in the fifth edition of On the Origin of Species
1870s – "Survival of the fittest" is adapted to theories related to sociology, economics, and politics.  These theories would later be described as "Social Darwinism"
1871 – Charles Darwin's The Descent of Man, and Selection in Relation to Sex is published
1883 – Francis Galton misappropriates Darwin's theories to promote eugenics as a means of "perfecting the human race"
1890-1930s – Darwinism and "survival of the fittest" continues to be misapplied as a rationalization for movements related to eugenics, racism, imperialism, fascism, and Nazism
1900-1920s – Eugenics-based laws related to sterilization, marriage, and reproduction of certain people are passed in various states, including Louisiana